In the US presidential elections to be held on Tuesday, November 3, Republican Donald Trump and Democrat Joe Biden will share their trump card to win the White House. Five days before the 59th presidential election in the USA, the issues of how the election process will work, the postal voting procedures and the potential crisis after the election are on the agenda of the country.

Looking at the polls, while Biden is leading the race, analysts point out that the polls turned out to be wrong in the 2016 elections, pointing out that Trump still has a chance to win.

According to the latest data, 44 million voters (21 percent) registered in 9 states and capital Washington DC in the USA are "automatically" sending ballots without the need for an application. Democratic voters are at the forefront in most of these states.

Who will be the new president of the United States, Trump or Biden?

If the election results go head to head, Florida's 29 and Pennsylvania's 20 Electoral College delegates will likely decide the fate of the elections. In other critical states, Wisconsin and Arizona, ballot papers received after November 3 were not accepted; Ballot papers reaching November 6 in North Carolina and November 17 in Michigan will be considered valid.

In the system called the "Board of Delegates" (Electoral College), there are a total of 538 delegates distributed to each state with different weights. The candidate who reaches one more than half of this number, ie 270 delegates, is eligible to become president. Trump, who won the last election in 2016, reached 304 delegates, but her rival Hillary Clinton received nearly 3 million more votes than Trump.(dişil)

Although the dates vary by state, all states must officially approve the election results from 10 November to 11 December. All states must count all the votes by December 8 and decide which candidate has won the delegate vote. By December 14, each state's Selection Committee member must vote for the presidential candidate and send those votes to Washington. 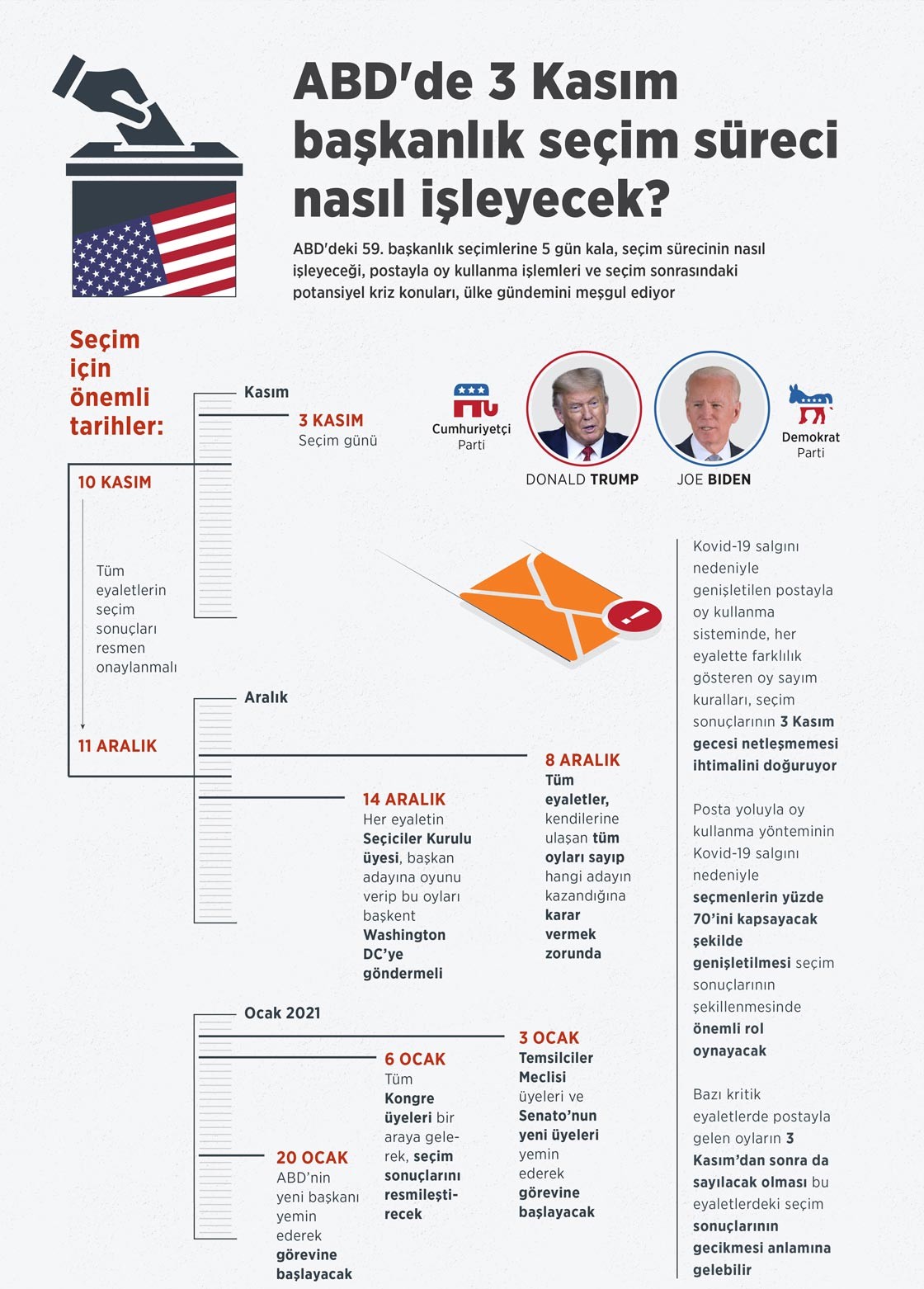